On the morning of April 28, 2022, Fujian Hongwang held the groundbreaking ceremony of the stainless steel cold rolling expansion project with an annual increase of 1.3 million tons. 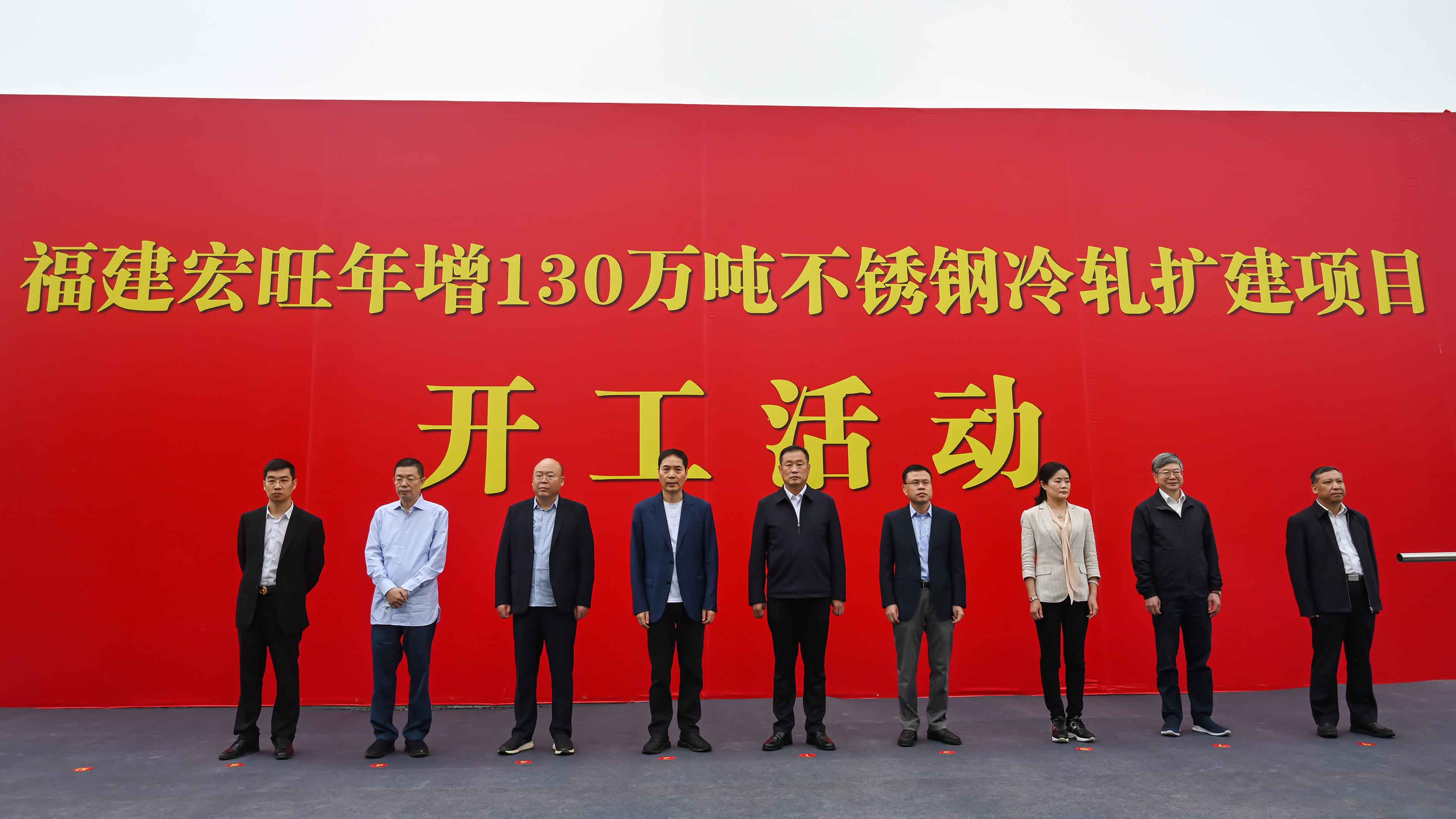 Secretary Zhou pointed out that the construction of the project will further consolidate the development advantages of Fu'an stainless steel new material industry, promote the overall improvement of quality and efficiency of the industrial chain, and lay a solid foundation for the Wanwu Peninsula to create a new output value of 100 billion yuan. Together with Hongwang Company, we will work hard, boost confidence, and solidly push forward the construction of the project to ensure that it will be completed and put into operation as soon as possible. Various departments at all levels in Fu'an will also take this start-up activity as an opportunity to adhere to major projects as the key carrier for high-quality development, carry out in-depth "thousands of cadres into thousands of enterprises" activities, continue to strengthen the guarantee of elements, and speed up the improvement of shortcomings and weaknesses. , pressurized and encouraged, worked hard and quickly, completed various goals and tasks with high quality and efficiency, made new and greater contributions to Ningde City's "building a 'growth pole' and building 'four districts'", and welcomed the party's leadership with excellent results. Twenty major victories held!

Deng Hongxiang, general manager of Fujian Hongwang, introduced the project situation and said that since Fujian Hongwang took root in Ningde for more than seven years, it has received all-round care, support and help from the Ningde Municipal Party Committee and Municipal Government, the Fu'an Municipal Party Committee and Municipal Government, as well as the counterpart authorities at both levels. The company has created a good investment, entrepreneurship and business environment. At the same time, under the leadership of Tsingshan Holdings and its subordinate Tsingtuo Group, the advantages of Ningde stainless steel industry have become increasingly prominent. Fu'an Wanwu Stainless Steel New Material Industrial Park has become the only national stainless steel industry demonstration base in China, which is more determined for enterprises to continue to expand investment. Confidence. 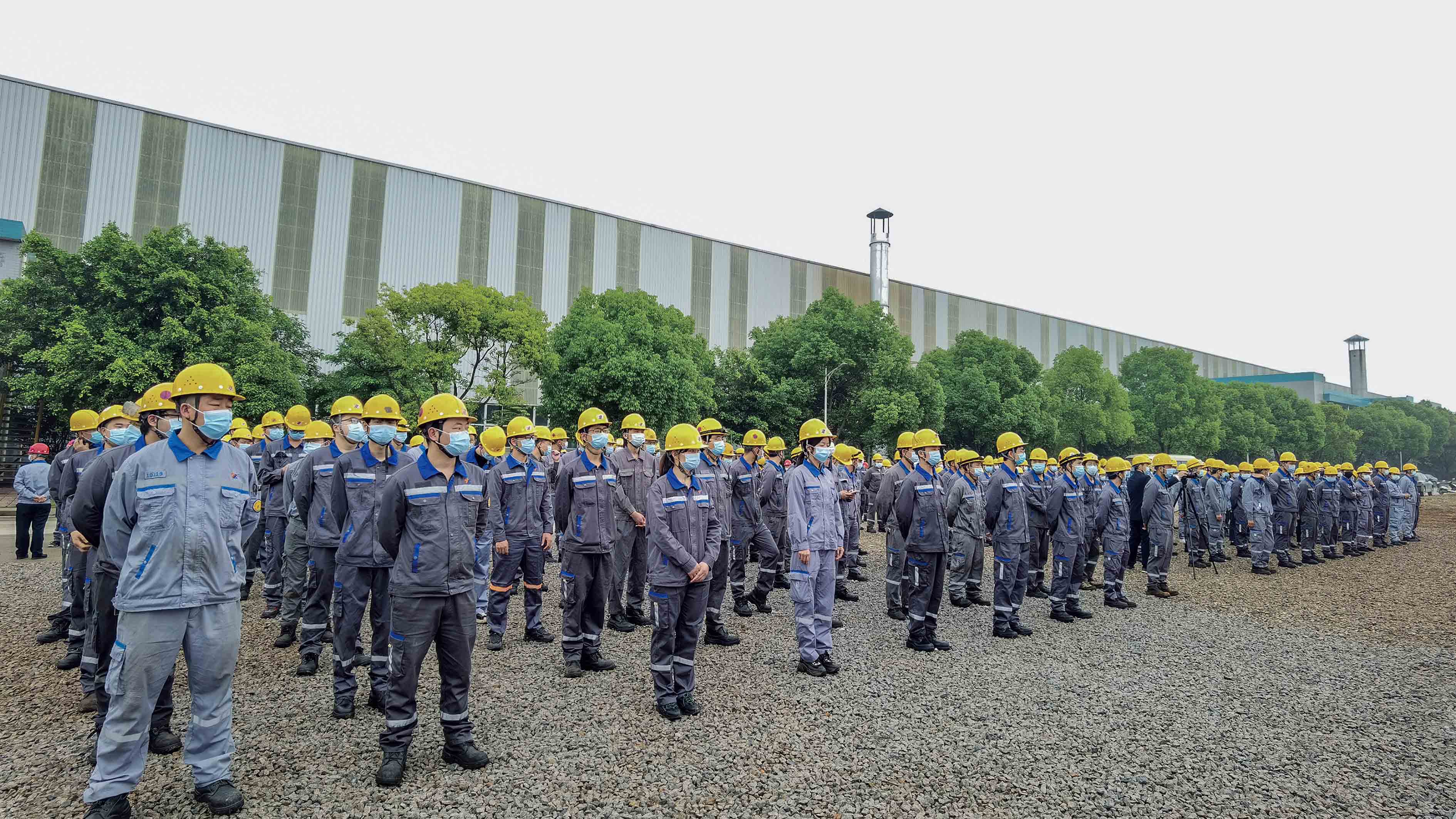 The planned total investment of this new expansion project is 2 billion yuan, which will be constructed in two stages. In the first stage, a set of four-stand continuous rolling continuous annealing and pickling units with an annual output of 600,000 tons will be constructed. Construction of related public and auxiliary facilities, etc. After the project is put into operation, it is estimated that the new production capacity will be 1.3 million tons, and the new output value will be about 15 billion yuan.

The project will use clean energy and industry-leading environmental protection technology. The production line integrates a variety of continuous production processes, with the advantages of leading technology, environmental protection and energy saving, high efficiency and high quality. A garden-like "garden factory" is targeted for construction.

As a supporting downstream cold rolling project for the new steelmaking and hot rolling projects of Tsingtuo Group, the new expansion project of Fujian Hongwang will accelerate the construction of the project in accordance with the unified planning and requirements of the Municipal Party Committee and Municipal Government and Tsingtuo Group, and strive for the same period in April 2023. Trial production.

Subsequently, the main leaders participating in the meeting jointly completed the launching ceremony, and the groundbreaking ceremony of the new expansion project of Fujian Hongwang was successfully concluded. 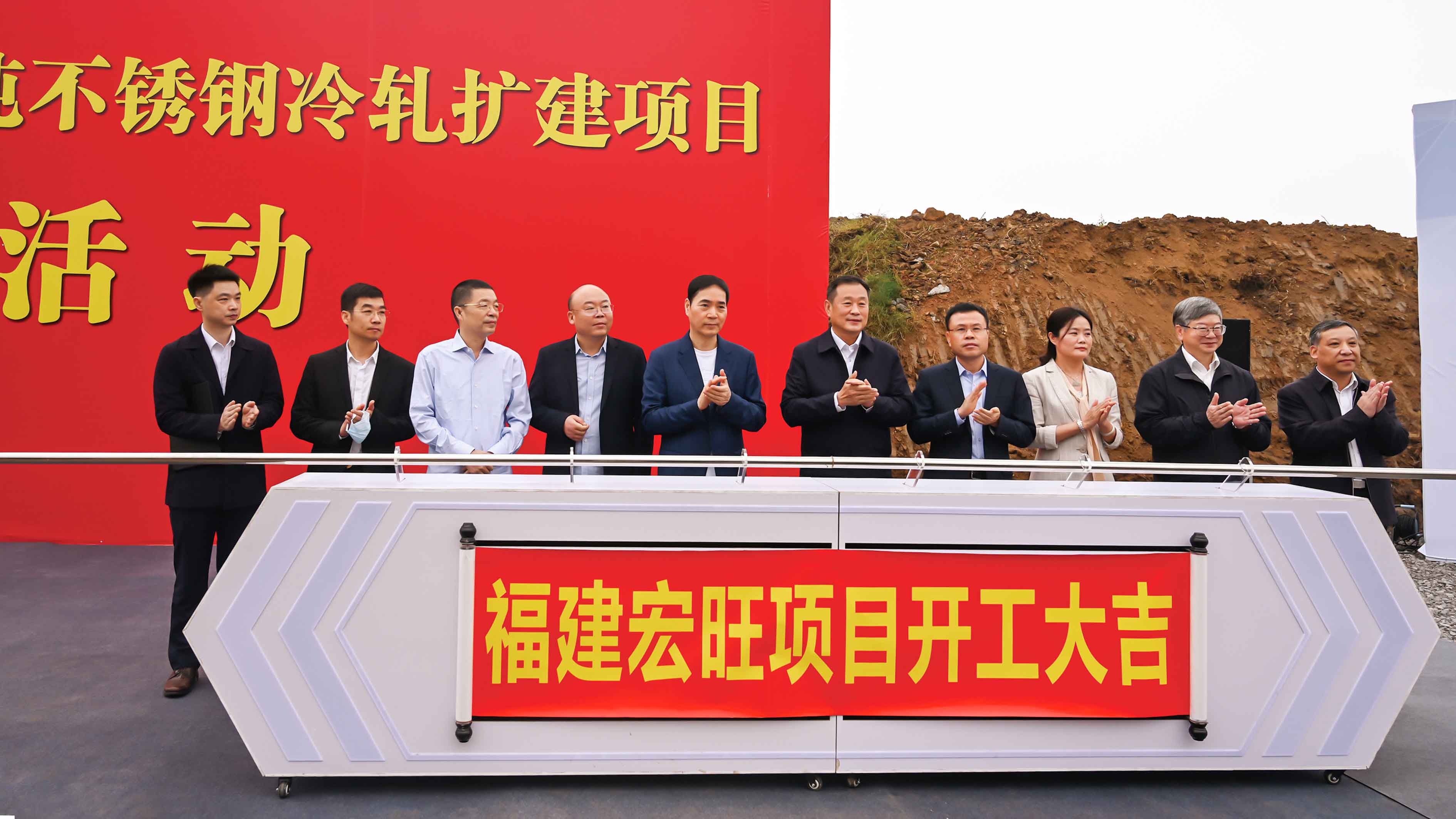